Blended in the Right Bank Tradition
A "virage" is a bend or turn in the road. Our winemaking road banks right, in the Bordeaux tradition, blending Cabernet Franc and Merlot ripened slowly in varied soils and a temperate climate.

Virage Napa Valley exists because of an unswerving commitment to the idea that place-driven, cool-climate Bordeaux varietal wines can achieve great heights in Napa Valley. Launched in 2010 by former winery consultant Emily Richer with advisor Aaron Pott, Virage is not in business to market another fine Napa Valley Cabernet Sauvignon. Emily is exclusively focused on the potential of Right Bank-style wines – blends based predominately on Cabernet Franc and Merlot – grown in the cooler regions of Napa Valley.

Vineyard Notes
Virage sources grapes from an area known to some as “Alta” Carneros – north of Highway 12 near the turn to Highway 29 in the elevated foothills of the Mayacamas. In this protected, temperate region, where neighbors include Hyde and Hudson Vineyards, Cabernet Franc and Merlot ripen slowly and evenly over an extended growing season, avoiding not just extreme daytime highs but also nighttime lows that shut down development. “I want the grapes to work nights,” Aaron advised.

This slow, consistent build – coupled with a complex array of clay, gravelly loam and Forward soils similar to those found at higher elevations on Mt. Veeder – supports optimal ripeness at overall lower sugar levels, creating depth of fruit character that yields highly complex and supple wines. Achieving this balance at lower alcohol levels appeals to Emily who – with a restaurant and culinary background – is most interested in crafting wines to be enjoyed with food.

Vineyard Specifics: Beau Terroir Vineyard
At the core of the 2007 Virage is Beau Terroir Vineyard (“BT”), located in what some refer to as the “Alta” or northeastern region of the Los Carneros AVA on the Napa Valley side. Tucked into the southern foothills of the Mayacamas range, this distinctive corner enjoys protection from ocean winds that sweep the lower, cooler part of the appellation, and its soils – including the Forward series, prized for drainage capacity – are more varied. Other highly-regarded vineyards in this area include Hyde, Hudson and Truchard. Fruit from BT was formerly the base of critically-acclaimed Bourriquot – the wine that inspired Virage founder Emily Richer to explore Right Bank-styled wines made with Bordeaux varietals grown in cooler climates.

Cabernet Franc and Merlot excel in this unique and varied terroir which consists of numerous aspects and sun exposures, slopes and soil types. It is this diversity, explains Vineyard Manager Doug Hill, who planted BT in the early 1990’s, which enables the vineyard to produce a wine of what he calls “such depth, character and intensity.”

Walking in the vineyard it’s easy to see what he means – a series of hills and dales defines the undulating contour of the land and soil types shift underfoot from row to row. “You get more flavors in the wine from the same varieties planted in different soil types than different varieties planted in the same soil," says Doug, a third generation California farmer, explaining what drew him to the property. Furthermore, the long, temperate growing season in Carneros and the relative lack of temperature extremes allows Cabernet Franc and Merlot grapes to fully ripen at lower Brix, resulting in wines of lower alcohol content – and more varietal expression – than warmer-climate plantings. 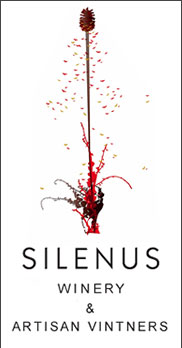